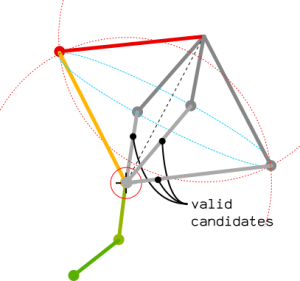 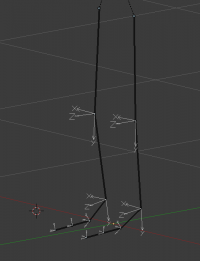 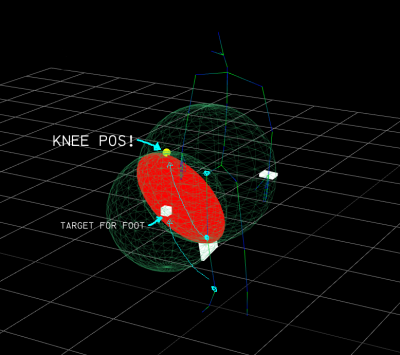 Computation of inverse kinematics on left and right legs.

Here above, we have computed:

The 3 first point are valid, but the last one is based on world axis! We can based a fourth steps on the orientation of the plane, as it's give us 3 valid axis. 2 of them are coplanars to the circle's plane, X and Y unit axis, and Z is representing the normal[4]. This last one is the only valid one (there's only one normal to a plane), X and Y must be re-aligned with the origin ones, without leaving the plane. 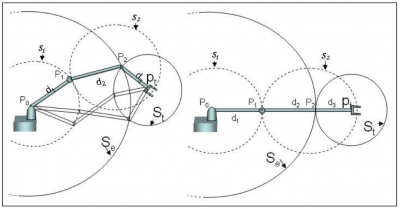 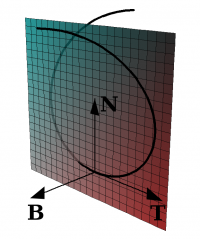